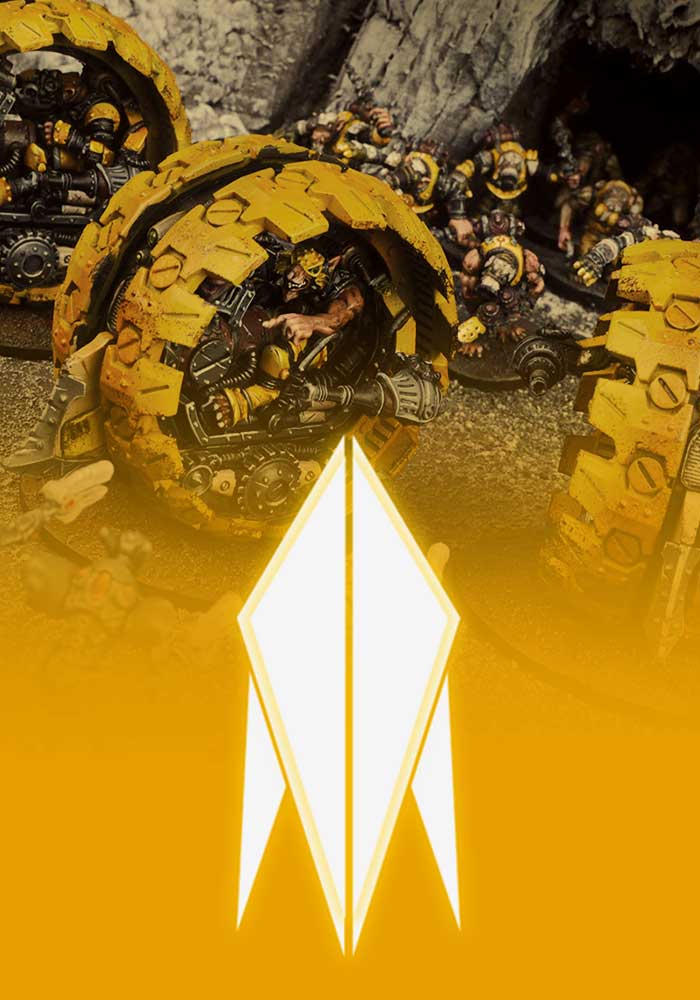 Usually living beneath the surface of occupied planets. It would appear that Veer-myn are capable of learning from and copying the behaviour and technology of other races. Their weapons are generally less effective individually than those of others, but they are nonetheless formidable enough. Much of their technology seems borrowed and heavily modified, and a great deal of it emits radioactive and other waste that would be quite toxic to humans. Whether they suffer similarly and just do not care or have some sort of natural immunity is unclear – certainly they seem unconcerned by the sort of toxins and poisons that would give humans pause. If they communicate, it is in ways that are unclear to others, and they certainly have never attempted to initiate any contact with other races.

They are not generally aggressive, but will fight viciously if provoked. Their presence in Deadzones is usually because they are the cause, the Council preferring to keep planets subject to a Veer-myn infestation isolated. However occasionally they either happen to live beneath the surface of a planet which is locked down for some other reason, or they are drawn to a Deadzone from elsewhere, though by what and for what purpose is, like so much about them, unknown.

Speed, numbers and hiding are the keys to success for the Veer-myn. Keep your models shielded with smoke grenades in round one, so you can sneak up, ready to unleash chaos in rounds two and three.


Select the file icon below to view an example 100pt Veer-myn Strike Team Starter List to help you get started with the game and straight onto the battlefield.

The Veer-myn’s natural speed (most have a speed stat of 2-3) means they can grab objectives early, compared to some of the slower factions. Securing the objectives as soon as possible is often a good tactic for Veer-myn, because they can struggled to take out enemy models with ranged attacks. Instead, it’s best to overwhelm enemy units with sheer numbers by getting up close and personal… something you should be able to do easily, thanks to the high speed. Consider using cheap units, like the Thralls or Stalkers to tie-up the opposition.

If you do need to go toe-to-toe (claw-to-boot, tooth-to-tentacle, etc.) then use some of the Veer-myn’s bigger units, like the Nightmare (which is now a Troop) and Tunnel Runner to take on models with high armour, as the Veer-myn list does struggle with armour piercing.

Don’t underestimate the humble Stalker though. Admittedly, it may not look much on the surface but that 4+ Fight stat means they’re pretty handy when it comes to an Assault action and their natural speed ensures they can close in on the enemy. Take advantage of smoke to hide their advance and suddenly they can be attacking the opposition before they’ve even taken a shot. Also at 9pts, you can easily fit a number of Stalkers into your Strike Team.

Another tasty little Troop is the Rat Swarm. Although a little more expensive than the Stalker, they benefit from a massive 4HP(!) and are Size 2. The extra Size means you’ll typically be bigger than most infantry and, as a result, gain an additional die in an Assault. So, if you’ve moved into combat, you’ll have three dice as standard, an additional one for moving in and one extra for size.

Now, here’s some extra secret tech folks, the Malignus (when armed with a Chem Spitter), Night Terror with Spitter and Tunnel Runner benefit from the Prey keyword. If these units successfully hit their enemy, the target is marked with a Prey token and any friendly unit targeting a model with a Prey marker gain +1 die in close combat. That’s right, the Rat Swarm will now have six(!) dice… and that’s before you consider outnumbering, wounded units or Command Dice.

Perhaps one of the most iconic units in the Veer-myn force, the Tunnel Runner is a decent unit that is useful against heavily armoured enemies. A little like the Rat Swarm, it benefits from typically having a Size bonus in combat but has the benefit of AP1 and Frenzy (1) on the Scythes. Now, here’s some more of that secret tech everyone… why not move two cubes, shoot your opponent (which will place a Prey marker on them) and then use a Command Dice to move an additional square into close combat? The likelihood is you will have wounded them with the Shoot action, so you’ll be heading into the Assault with seven dice. Mmm, tasty.

< PreviousRebs
Back to Game Hub