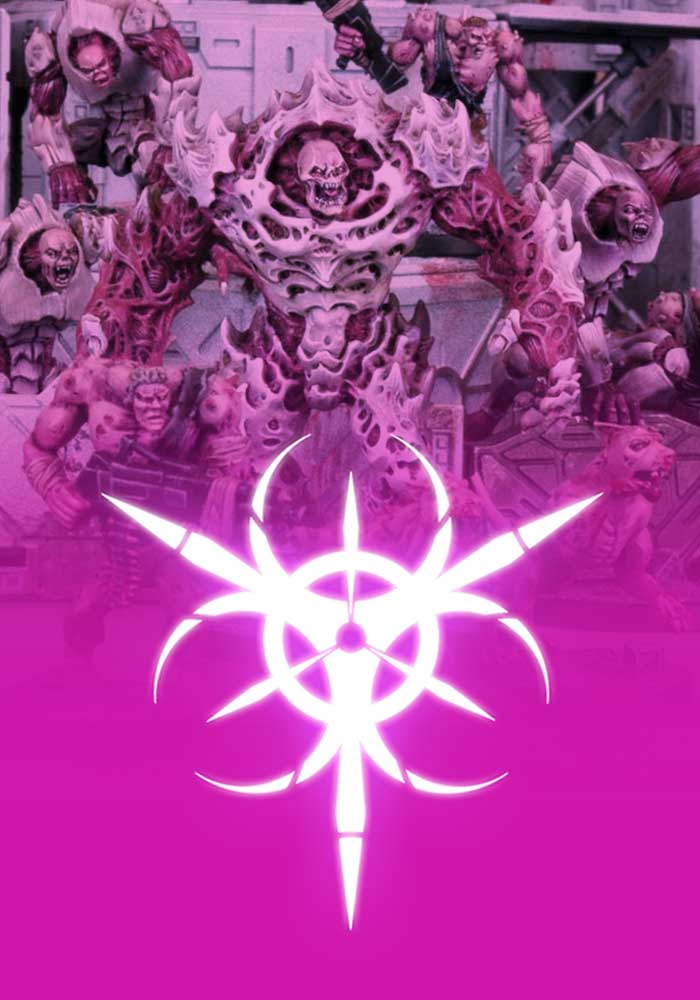 First encountered in the so-called ‘Death Arc’, an area in the Fifth Sphere of the GCPS, the Plague is one of the greatest threats to all sentient life in the galaxy. Whether the Plague is natural in origin or was, in fact, engineered by some ancient alien civilisation is just one of the many questions surrounding this horrific disease. Its link to artefacts of alien origin is established, though their purpose and provenance remains mysterious. It was thanks to the Plague that the Council established both its own authority over the GCPS as well as the Containment Protocols, as they desperately tried to manage the first encountered infestations of Plague.

Wherever it comes from, the Plague seems able to mutate and adapt to new hosts at a remarkable rate. Infected creatures exhibit symptoms within an extremely short space of time, though the exact manifestation of symptoms varies for reasons not entirely clear. Some humans infected by Plague become hideous monsters the size of a combat walker. These beasts seem to act as the control hub of Plague forces, directing lesser creatures which range from razor taloned, leaping hunters to simple, slow moving drones which seem to retain some sense of their former identity and may even be seen operating machinery, weapons and vehicles. In spite of the best efforts of the Council and the Enforcers, every instance of Plague infestation to date has ended in massive losses. The effort to study and understand it continues, but for now, extreme measures like Containment Protocol are the only available response.


Select the file icon below to view an example 100pt Plague Strike Team Starter List to help you get started with the game and straight onto the battlefield.

As you might expect, the Plague are melee machines and your number one tactic is to engage the enemy as quickly as possible… because then they can’t shoot at you! In fact, the speed of the Plague is likely to catch your opponent off guard, with Murderbirds, Plague Hounds and Teratons all able to move quickly across the battlezone.

While your speedier units are dashing across the battlefield, you can be creeping ever closer with big hitters like the Aberration, Bursters, Leapers and Swarms. Once these get into combat, then it’s likely to be game over for your opponent.

There isn’t much shooting in the Plague list, with the 3As offering the only real options. Use Suppression or Rapid Fire to pin the enemy down, which will help your close combat options surge inexorably closer. More shooting comes in the form of the mortar, which can be used to pin multiple enemies with an Indirect shot.

< PreviousNameless
Next >Rebs
Back to Game Hub